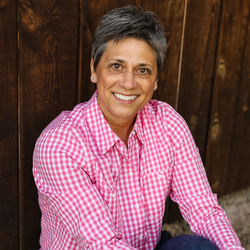 My mission is to make the world better...one person at a time. Using my keen insight, vast experience and extensive travel (both international and domestic) as an organization development leader for global printing and media industry giant Quad/Graphics, I’ve expertly coached executives, managers and others to highly successful outcomes. I am here to help anyone who feels they need to re-align the path on their journey, whether it is professionally or personally. Now I want to make you the best version of you possible!

My secret in leading others to successful outcomes in business and life is actually no secret at all. In truth, success lives within everyone, though not everyone lives out their success. Let’s discover all of the special talents, assets and attributes that exist inside your head and heart...what I call your “Gift Zone.” It all comes down to CHOICES!

My best story changes with the speaking topic and the audience. The two that are top of mind:

ONE:
This story solidified my coaching career. It was fulfilling beyond words.
A client had embarked on 31 years of counseling to deal with a situation that occurred in her teens. It had its claws in her life. It drove every thought, perspective and interaction in her life. It was a source of tremendous anxiety. She did not trust me in the beginning, and told me so. We continued to meet, to dig deeper, to go after the root of control in her life. It was emotional, it was icky and it challenged us both. One day she decided it was time to take her life back. With tremendous heart and soul courage and fear, she went at her situation head on. She released its claws from her life. The emotions poured out when telling me the story. From that moment, the client showed up completely different in the world. She showed up as herself. To this day, she blesses the world with her contagious energy and smile.

TWO:
I had a client who was older and had owned her business for most of her life. When we initiated coaching she stated, "I have 12 inches left in my life, I want to make the most of it. I want to decide what is next." She took an attitude of 'I'll try it." She would come back to a coaching session and tell me what she tried was not it. She would identify and try the next thing. Always willing to try. This is what life is about. Keep trying, keep growing, keep discovering and learning, and don't become stagnant.

My stories are not for motivation. That is what caffeine is for. I am here to inspire you to keep seeking out your goal of being the best person you can be. Knowing that we all have gifts, and knowing we need to share them with others. Every time I interact with a group, I want them to laugh, learn and be inspired. Inspiration is internal. It is when an individual ignites that flame in their belly.

Krista grew up on a farm in central Illinois. That is where her love for being outdoors began. This also laid the groundwork for her "down to earth" yet creative-fun loving attitude.
Although the farm was a great place to grow up, she knew that wasn't where she wanted to be. She headed to College in Wisconsin at UW-Platteville, where she graduated with a Bachelor of Science Degree in Print and Publication Management. She then started a career at Quad/Graphics for 29 successful years.
During those years, she married and had three wonderful boys. Two have graduated from college and one is presently working his way through High School. As a parent, Krista knows that personal leadership should start early. This isn't the type of leadership that makes you the leader of many, it makes you the leader of yourself. She developed a High School leadership camp because she strongly believes that everyone needs an opportunity to learn how to recognize what makes them matter.
While Krista worked at Quad/Graphics, she had many opportunities to travel around the world and throughout the United States. As her career continued to grow, she always found time to advance her education. Somewhere along the way, she felt something was out of alignment. It was at this point, that like many, she asked herself, "what is my purpose and I am doing it?"
Krista heard about "life coaching" and as with most things, she wanted to learn more. While working with a life coach, she discovered her true gifts and passion. Being a life coach/speaker/facilitator, is right in her "gift zone". Although it isn't always easy to explain what she does, once you meet Krista, you know she will challenge you to be the best you possible.
Krista has a disarming "gift for gab" that makes you feel comfortable to talk about yourself. This is Krista's secret weapon to help you push yourself to get through the tough questions. Krista asks questions from the outside, so you can answer them from the inside. These questions of self reflection help you "realign" yourself, your company or your groups life in a self fulfilling way.