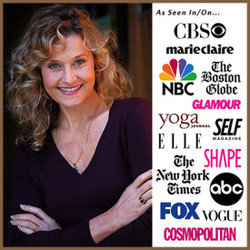 CEO & Founder at The Axiom Institute

Maureen Whitehouse is an international lecturer, spiritual teacher, best-selling author, and the founder & CEO of the Axiom Institute, a company offering soul-based conscious living programs and services. Through her work at the Axiom Institute, Maureen helps individuals awaken spiritually and overcome the barriers preventing them from living their most authentic lives. An expert on experiencing enlightenment while living a normal life, Maureen has authored best-selling books, created dozens of programs, and given hundreds of international lectures on the subject. Maureen’s profound and simple teachings, all gained through first-hand experience, have helped countless clients, readers, and listeners worldwide find inner peace and greater fulfillment in their lives.

Inspired by the intersection of food and spirituality, Maureen has authored multiple books on the subject, including the best-selling, award-winning, Soul-Full Eating a (Delicious!) Path to Higher Consciousness and its widely acclaimed companion book, Food: A Love Story.

Maureen has also worked as a teaching fellow at Harvard and a research fellow at the world-renowned Langer Mindfulness lab at Harvard.

I generally get paid for speaking but make exceptions

For the past 20 years, Maureen Whitehouse has helped people radically shift their perspectives to awaken to the miraculous in their lives.

While studying A Course in Miracles, Maureen experienced what the Course calls "The Atonement" or At-One-ment, Absolute Self Realization. This intense and empowering encounter created a total shift in her perception. Since this profound awakening she has lived her life helping others unmask their Divinity so that they can live purposeful, peaceful and powerful lives.

Maureen has been living an awakened life for over two decades. She is the consummate teacher and guide on the path to awakening. Her programs and services offer core-deep epiphanies that relieve you of pain and strife immediately and then build upon that momentum to upend self-sabotaging, emotional habits, and patterns derived from a lifetime of cultural conditioning.

Her teachings are grounded, frank, and miraculously oriented. This means they work fast. There is no agenda, coercion or convincing involved (these would only slow down the process). There is no problem too intense or taboo to be touched by the liberating truth of her teachings. This is why people seek Maureen’s counsel over all others’ — for instantaneous relief from their pain. Today, she works with highly motivated individuals in all walks of life, from successful entrepreneurs and prominent performing artists to those simply in need of change, helping them to restore their trust in the process of life. She can help anyone shift their perception of personal hell to a miraculous view of heaven.

In 1996, while lying in bed, Maureen experienced something akin to a near-death experience. This event wasn’t brought on by a fatal accident, but by a spiritual awakening initiated by her intensive, three-year study of the book,  A Course in Miracles.

At that time in her life, Maureen was a wife, a mother of two, and a successful commercial actress and model, doing everything she could to create the picture-perfect life for her family. Despite living the American dream, she felt lost and unfulfilled. All that changed, quite literally, overnight.

It was after this eye-opening experience that Maureen realized she had gained the abilities of a seer — she could see through pain. Within weeks, as if on cue, people began to seek Maureen out for counsel. Reluctant at first to do anything but appreciate others as they were, Maureen quickly realized these people, who shared their most intimate problems and pain, also showed her that all pain is grace in the making and miracles are always at hand. The steady stream of people seeking help from Maureen, many in their darkest hour, has continued ever since, proving to her the universal truth of her own inner transformation.

Realize Your Essential Greatness (in any environment).

Never settle for anything less than the career and life of your dreams!

The Soul at Work is a compelling look at finding your “Life’s Calling.”

Key topics include how to:
• Overcome the fear of change,
• See the invisible to accomplish the impossible,
• Realize you are worth it all,
• Conquer limiting beliefs,
• Create the work you love!
With the tangible tools imparted in this workshop, you can begin today to live a thrilling, adventuresome life in which you continually enable yourself to set new standards for excellence and create the forum to discover and live out your life’s calling.

Program: The Anatomy of a Miracle

Subtle shifts in your life can bring about miracles along with radical change and unprecedented joy. During this engaging, fun, and enlightening experience you will learn how to awaken and access parts of yourself that you may not have even dreamed exist. You will discover how to give up your limiting beliefs for good so you can surge towards the peace, joy and happiness you deserve and enter into a life that before this you may have never dreamed was possible for you.

Join us for this powerful experience, if:
• You can really use a miracle now, even if you’re not entirely sure you believe in miracles
• You do believe in miracles, but you haven’t really experienced what you’d consider to be a miracle, or maybe you’ve experienced miracles but they’ve been fleeting, sporadic or unpredictable and you’d like your experience of them to be more consistent and reliable.
• You want to know more about miracles and how you can experience them first-hand now.

The miraculous principles Maureen teaches are universal in their effectiveness and although they’ve been used for centuries by miraculous beings the world over they are not widely known or practiced yet, although all great and lasting harmony and success of any kind is based on them.

• The Anatomy of a Miracle
• True Beauty, Women Empowered
• The Transformational Triad
• How to Be in Love all of the Time
• The Path of the Soul
• Miracle Manifesting
• Seeing with Soul
• Conscious Couples
• Conscious Parenting
• Soul-Full Eating – Health and Wellness from the Inside-Out
• Rethinking Mental Health: Spirituality, Healing and Culture